A new era for Nautical Tourism.

The Yacht sector has become an important asset as a means for economic as well as sustainable development for European countries. Interreg along with the Cyprus Chamber of Commerce, hosted last week a seminar in Limassol to discuss the iBlue project.

The sustainable development of the Yacht sector in Cyprus was widely discussed by representatives from the Chamber of Commerce, Minister and Ministry of Shipping, Cyprus Tourism Organisation, Ministry of Energy, the iBlue project Manager and the CEO of Limassol Marina. The aim of the project was to emphasise the sustainable blue development and competitiveness though the three pillars of sustainability.

Cyprus is blessed with the most beautiful coasts and crystal-clear waters, very good climate and geographical location, which all provide the country with unparalleled competitive advantage to create an attractive destination for the development of nautical tourism. It comes as no surprise that the aforementioned governing bodies all placed a significant emphasis on the Yacht sector and the need of further development of Marinas in different cities including Limassol, Ayia Napa, Larnaca, Paralimni and Paphos.

According to the ministry of Energy, Commerce and Tourism emphasis will be placed on developing marinas in all cities to encourage the economic development of the yacht sector and broadly the wider economy. The aim is to overall develop both large and medium scale marinas across the Republic of Cyprus that will accommodate 4150 berths in total. These along with residential and commercial developments that are expected to surround the marinas would provide the springboard of a new era for the country. 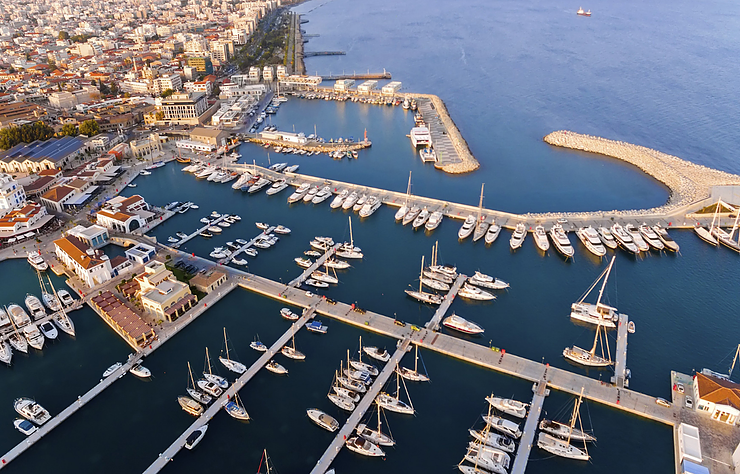 Now with so many things on the agenda it comes as no surprise that Cyprus is gaining the recognition for the potential the country has to offer. Just last month Limassol marina hosted its Annual Boat show, which took place between the 3rd to 6th of May 2018. The show accommodated more than 120 exhibitors and representatives from different countries including Cyprus, Greece, Israel, Lebanon, Russia, France, Italy and the UK.

The show itself was a success, exceeding the expectations of the 25,000 visitors who attended the show to have a first glance at the thousands of products and experience the live water demonstrations being exhibited. Exhibitors were not shy to express their enthusiasm for the commercial success of the event, with the majority starting to plan for the upcoming year’s event, which is expected to be held between the 9th to the 12th of May 2019, hence save the date!