Larnaca International Airport was established as Cyprus’ only airport after the war in 1974, Cyprus developed as a major tourist destination and saw its passenger traffic rise very quickly to over 5 million per year. This was way passed its capacity, which prompted the necessity for a new airport which was later given the name Glafcos Clerides after the late president. 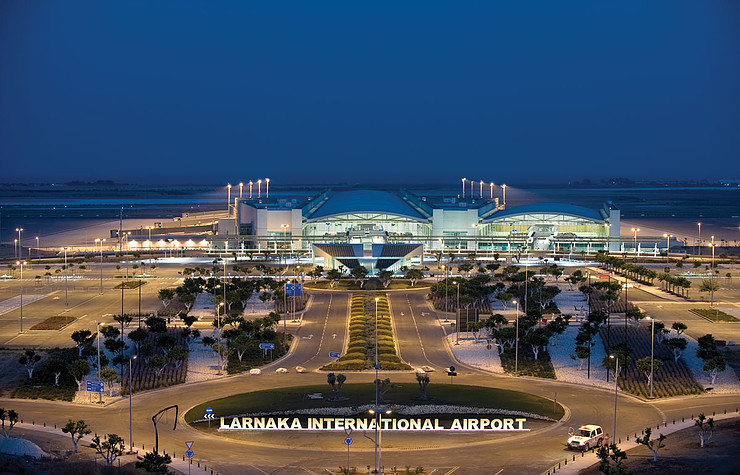 The old terminal building as yet has not been utilised, but suggestions have been made for a conference facility, airport hotel, and even a shopping area. It has though partly been refurbished, becoming an extended cargo centre, and a private terminal for visiting heads of state, VIPs, and private aircraft operators.

There are now more than 70 airlines flying from Larnaca Airport, including many major airlines connecting Cyprus worldwide, British Airways, Qatar, Emirates, to name a few. In 2018 Hermes Airports (the handling company of Larnaca Airport) introduced new incentives to promote new routes for airlines to fly to and from Cyprus, these schemes are accepting applications till July 2022.

As everyone knows travelling through any airport at any given time, especially during peak seasons, can be very stressful. Airport security and border control processes as two of the biggest pain points, as passengers try to get through these points as fast as possible. A recent study conducted by IATA for its annual Global Passenger Survey 2018 revealed that passengers want a hassle-free experience.

The following points were the top requirements:

· More efficient security - without having to remove or unpack personal items

The number of Passengers travelling to Cyprus for both leisure and business has experienced a year on year increase, with the number passing through Larnaca Airport alone has seen an increase of 16.7% in 2017 compared to 2016. To address certain needs the Cyprus authorities are continuously upgrading facilities and installing new technology. In July this year the installation of a satellite casino in the departure and arrival areas was announced, together with ‘Borderxpress’ technology, of which 44 new machines were installed, making passport control more efficient. Larnaca Airport is always evolving to meet demands of passengers and airlines, and to maintain its excellent services.