Food in Cyprus is a big deal. With the country being at the crossroads between three continents as well as its long history, the influence on the local gastronomy has cultivated it into the perfectly balanced cuisine it has today.

Being located close to the Middle East, Cyprus has adopted many flavours and dishes similar of that region. However, the main influence that the island has is the Greek cuisine. The refreshing palate of fresh salads, the love of meat and the comforting accompaniments make for a unique experience.

Cyprus has also greatly influenced Europe as well as the Middle East with some staple favourites. One ingredient that has made it to the menus of some of the worlds finest restaurants is the cheese, Halloumi. Traditionally, it was made from unpasteurised sheep and goat milk, due to the lack of cows before the 20th century. This cheese is distinguishable due to its salty flour and rubbery texture – a perfect treat all year round. Another staple is the simple dish made from black eye peas. Served with Zucchini or Swiss Chard, the dish is low in sin but high in pleasure. As a Cypriot tradition, beans are served on Wednesdays and Fridays as a religious trait passed through generations. With the eschew of meat dishes at home during the religious tradition of Lent, there are many vegetarian options, balancing out the otherwise meat centric menus throughout the island.

Cyprus not only excels in local food, but also prides itself in being an all round international food hub. With many existing influences in its gastronomy, Cyprus strives to showcase its diverse kitchens. Cyprus holds an annual International Food Fest which is highly acclaimed and a must visit destination. This event encourages the introduction of new foods and new talent within this already highly talented industry. The cultivation of new ideas in the food and wine scene over the two-day festival is followed by the Cyprus IFF Restaurant Week. In order to cater for the love of food of all ages, further events include; the Junior Chef, as well as the SSSH Awards. 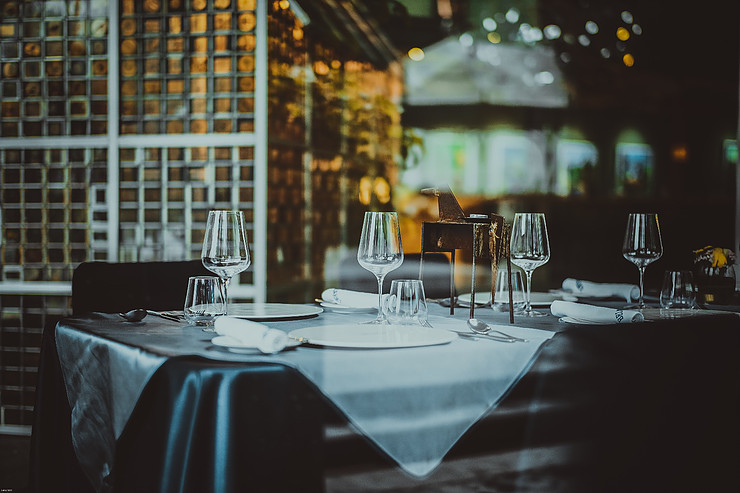 Local cuisine as well as international dining options create unique dining experiences all through the island. Restaurants have utilized the wealth of seafood available to the island to fully offer Mediterranean living. The island also offers a range of Indian restaurants many creating romantic scenes with the perfect balance of spices creating warmth to the taste-buds, complemented with the ocean breeze and palm trees. Sushi bars, traditional “British” pubs, Chinese and Thai restaurants as well as well known franchises also sprawl resort areas.

World renowned chef - Jamie Oliver, also opened an Italian restaurant within the capital city of Cyprus. Mr. Oliver previously stated “I’m super-excited to be bringing Jamie’s Italian to Cyprus”. This restaurant became the 30th Italian restaurant to be introduced into the capital. With such interest in food by enthusiasts as well as globe-trotting chefs, the various food options in Cyprus are unimaginable.