Oil & Gas, could Cyprus be the new hub?

Connecting Eastern Mediterranean and North Africa to Europe has established Cyprus as a crucial competitor in the area of hydrocarbons and renewable energy. The oil and gas sector is gaining positive drive, thanks to international investment.

Following the first discovery of vast natural gas reserves in the island’s Exclusive Economic Zone (EEZ) and its neighboring region, the oil and gas sector become one of the major opportunities for investment.

The detection of natural gas in Cyprus’ waters began back in 2011 by a US firm, Noble Energy, who is also developing two of Israel’s gas fields. The finding was in EEZ block 12, now known as Aphrodite. Two years later, evaluation drillings were carried out, with results confirming 4.54 trillion cubic feet (tcf) of natural gas, sufficient to meet Cyprus’ domestic gas requirements for more than 100 years.

In February 2018, there was a further gas discovery by Italian ENI in block 6 off Cyprus, named Calypso. ENI reported a finding that could exceed 6 to 8 tcf, but further drilling is required to find more accurate data. The Calypso field was discovered to have carbonate formations, similar to that of the Egyptian findings, which was very positive factor, bringing additional interest from international companies. With expectations that this could mean further discoveries in blocks 8, 9 and 10, and hopes of gas exports. ExxonMobil are now preparing to drill two wells in block 10, at the end of this year, which could change the balance of gas in the region.

Strong efforts have been made to develop Cyprus as a regional fuel hub, taking into consideration its strategic location, and a successful installation of an oil terminal in Cyprus by VTTI a Netherlands based global oil terminal company. In 2015 the company’s Cyprus subsidiary VTTV advanced the Vasilikos expansion project, which was one of the largest infrastructure projects on the island, thus boosting Cyprus into the global energy map. The new terminal created a new export business for Cyprus in mineral fuels and oils, bring in €98 million in 2015 from zero.

To support the increase of activities in off shore drilling in the area, from old to new licenses, a base has been launched in Limassol port to supply the growing requirements of the international exploration companies.

The last finding has gained interest from the established oil and gas companies making the energy sector a great prospect of becoming the key to the economic growth of Cyprus, and with the consideration of selling its natural gas, there is anticipation of high revenues in the future.

A national investment fund to manage the future hydrocarbons wealth is also in the process of being set up, and with the already efficient legal framework, which is fully aligned with International Law and European Union Law, and legislated in Cyprus, to protect prospective investors that are interested in prospecting, exploring and exploiting the hydrocarbons, Cyprus has great aspirations for this section. 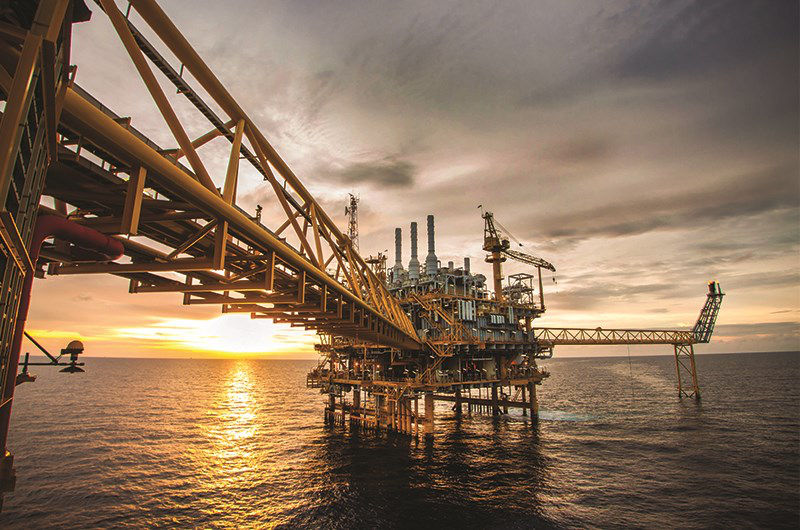 To summarise the vision of Cyprus, it was simply said by Mr Yiorgos Lakkottrypis Minister of Energy, Commerce, Industry & Tourism “The oil and gas sector has truly exciting prospects. Apart from the many major companies licensed for exploration in the Cypriot EEZ, we are also witnessing the activities of international companies offering auxiliary services to the industry and throughout the eastern Mediterranean region from Cyprus. Our overall goal is to bring to Cyprus the large-scale investments needed for efficiently exploiting the underwater wealth in our EEZ and at the same time making every effort to ensure that the know-how we now import can help us harness and export it in the future, thus creating a sustainable, knowledge-based economy.”