Discover a festival of bold colors, striking contrast, and disparate locations though a series of stunning photographs of life in Cyprus.

One of the great privileges of our time is the freedom to investigate, enlighten and excite by capturing a moment. That is what makes iconic photography. It goes beyond just using a camera. It’s about capturing a piece of reality with a photograph that paints a picture of that moment to remember it forever. To the photographer, it is the story that matters the most – of real people and real moments.

In Cyprus, it is the community of local photographers who truly capture the island’s spirit, making it more than just an isle of legend for tourists. In this feature you will find out what makes this crossroads of civilization more than just its quaint village tavernas, snow-clad peaks and spectacular hidden coves.

Explore some of the most stunning destinations in Cyprus as seen through the eyes of world-class photographers. The first photographer to be featured is Nikolas Petrou, a 23 year old filmmaker in Cyprus who is a self-confessed visual artist and storyteller. His photographs are a carnival of colour with perfect contrast, composition, and clarity. We’ve chosen his photograph of the powerful and iconic Kantara Castle at dawn for its compelling landscape that’s captured in all its glory, or as the photographer himself puts it, “The way I see it, isn’t necessarily the way you see it.” Thus giving the viewer a rare glimpse inside his mind’s eye. 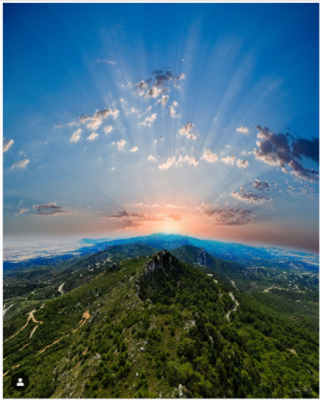 The next to be featured is Clairie, a seeker of everyday magic and a Cypriot traveller who manages to capture the spirit of Cyprus by the images and the vibrant stories of her travels. We’ve chosen to feature her photograph of Fig Tree Bay. Her description adds that that certain je ne sais quoi to her visual offerings. She weaves a lively story with every image she captures. The one we’ve featured tells us about how she spent the whole day at Fig Tree Bay, enjoying the turquoise waters, without Internet and TV like the good old summer days, while she encourages her audience to go out, enjoy the sun, the sea, read a book, go for a walk with a friend, spend quality time with your other half, exercise, cook, drink your coffee at your garden or prepare a summer bucket list.

It usually takes a lot of effort, passion, motivation, ambition, hard work and adventurous spirit to capture what this next photographer has in store for us. Antros Vasiliades, a talented photographer examines some of nature's most beautiful moments, combined with reflective and thoughtful captures. His photographs seek to thrill the audience through their brave and insightful perspectives and their sheer visual sublime. The one we’ve chosen to feature is of a hidden waterfall, paused in time, in the heart of the Troodos Mountains from Limassol, Cyprus. 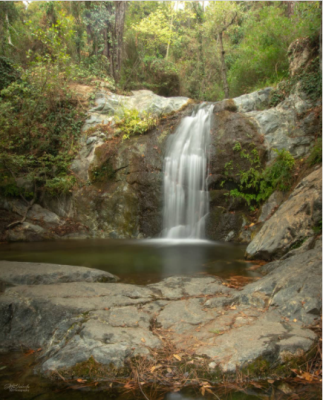 Stelios Papadimitriou explores both the beauty and history of some of the most beautiful places in Cyprus. His photographs freeze unforgettable moments, like a poem about time. With his sublime perspective, his photographs can hold a moment in history for future generations, speaking in images, the universal language that speaks to the heart and defeats time. We’ve chosen his photograph of a landscape that overlooks the view from Cyprus’ Foini village in a lovely evening, as it portrays a serene tour with diverse imagery, and a play of colours on a lonely mountainside. 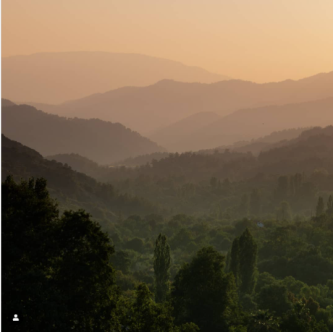 Soteris Kourtis will help you discover a gorgeous array of events, natural wonders, and places that most people never get to see through his lens. An avid traveller, his trip to Cyprus led him to experience some amazing moments from the Mediterranean Sea to the highest peak of the Troodos Mountains, with rivers and waterfalls completing the landscape magnificently. Out of all his vivid imagery, we’ve picked his photograph of the new tower in Strovolos, Cyprus by night. It’s a feat of light and architecture, photographed by a lensman with extreme wanderlust. 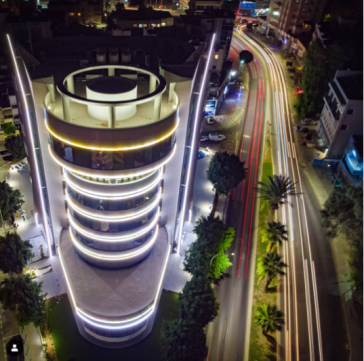 Strovolos by night in Cyprus By Soteris Kourtis

Constantinos Sergides may be a lawyer by day, but his true passion lies in photography. His travels led him all around the globe and then to the Mediterranean. His images are a series of stunning photographs of life in Cyprus as seen from a unique perspective. The image we’ve chosen to feature is his photograph of Lefkara Dam, one of the large dams of Cyprus with the whole landscape reminiscent of Swiss lakes or Norwegian fiords dotted with mirofores and narcissus around the nearby hills. 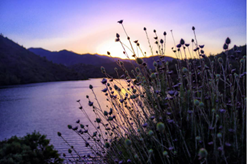 Constantinos Pittas’ iconic photography goes beyond just using a camera to capture a moment. As a Cypriot drone pilot, he manages to unearth unique, beautiful and rare to catch once-in-a-lifetime moments. The photograph we’ve featured captures the Governor's Beach at Limassol, or as the photographer titles it, a lazy Sunday on a private beach whose shores are lapped by the waves of the ocean. 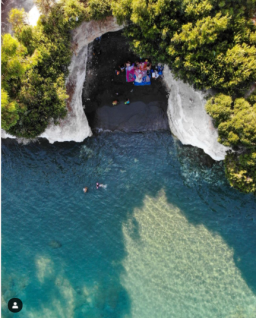 Feast your eyes on some of the most beautiful moments ever captured on film with Mr.Droner, a specialist in drone photography. This architect has an almost unparalleled eye for spectacular landscape photography. With photographs that are enticing and fascinating, it’s no wonder that his award winning photography is one of the highlights of this feature. The photograph displayed here is of the snow clad Troodos Mountains with a spattering of evergreens and the hush of newly fallen snow, or put aptly by the photographer himself – “They who sing through summer, must dance in winter.” 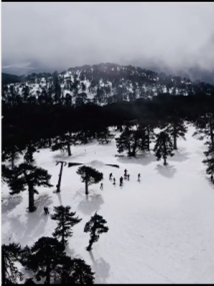