Today many woke to find a sudden drop in the market and panic started as to why this has suddenly happened overnight.

Traders saw the DOW takes its biggest fall since the European debt crisis in August 2011, it fell more than 1800 points (4.6%) between Friday and Monday, which has had a knock-on effect in other major markets including Japan, Hong Kong and Australia, which all reported a sharp drop early on Tuesday morning. 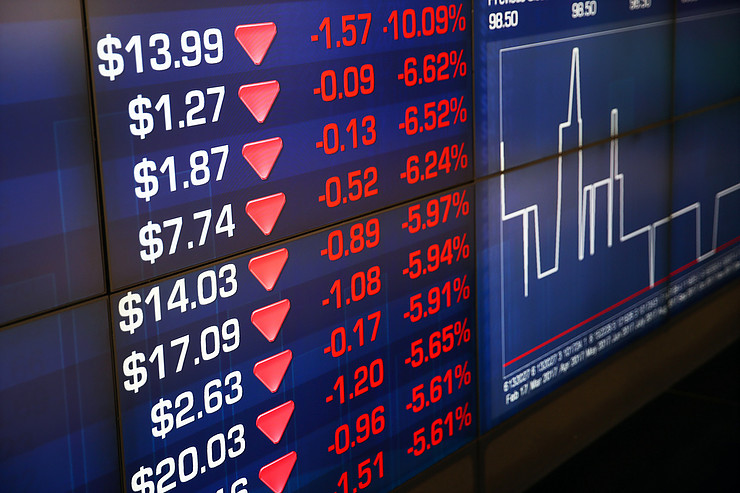 At the moment, the US economy is in a strong position, with low rates and very low unemployment, in actual fact there are more vacant jobs in the US than there are people to employ, and as a result, businesses are increasing their current staff salaries to incentivize them to stay and to attract new employees to fill vacant positions, but all this has to have some impact on the economy.

To counteract the increase in business costs to employs, this will eventually be felt hardest by the consumer with increased prices expected.

Over the last 9 years, US inflation has remained low, the Federal Reserve had previously said that it would slowly increase interest rates in 2018, however last week saw the USA publish a report which seemingly went to show how strong the US’s economy is and how it was claimed that the Federal Reserve will have to raise interest rates faster than anyone had previously anticipated.

The stock market has been stagnant over the last 18 months and many believe that this has been a warning sign of things to come, the experts have spoken out and claimed that the market is due for a 5% pullback or even so much as a 10% correction.

With the sudden drop in the markets since Friday, it is believed that this could be the start the correction that has been spoken of, and that finally the market is beginning to come back to earth. Jane Sydenham told the BBC that "What we have to remember is stock markets have had a very smooth ride upwards and we've not had a fall of more than 3% for 15 months. There's been a real lack of volatility, which is very unusual.", with other claiming that because the markets and the economy are preforming better than expected, this drop is not a reflection of a looming recession but in actual fact it is just the markets and economy “re-evaluating”.

The analysts currently have the belief that for the near future, the markets can be expected to be more volatile than the past 18 months and price gains over the next few years will be restricted and that there in no alarm for the wider economy unless there is a further significant decrease in the current market positions.